THE FOSSIL FOREST OF LEFKIMI 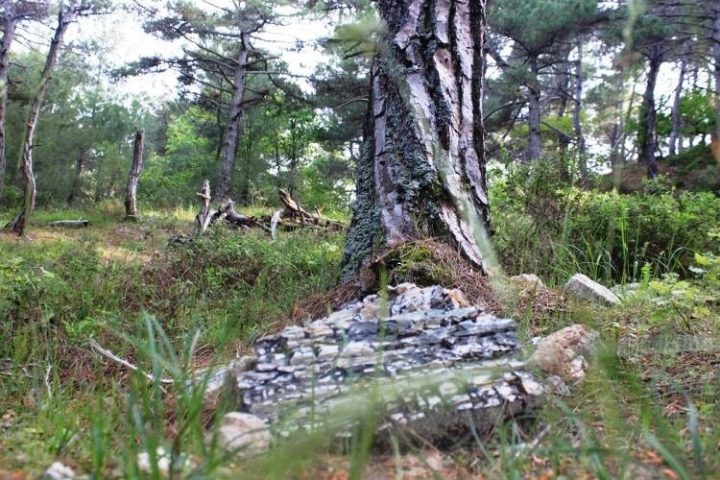 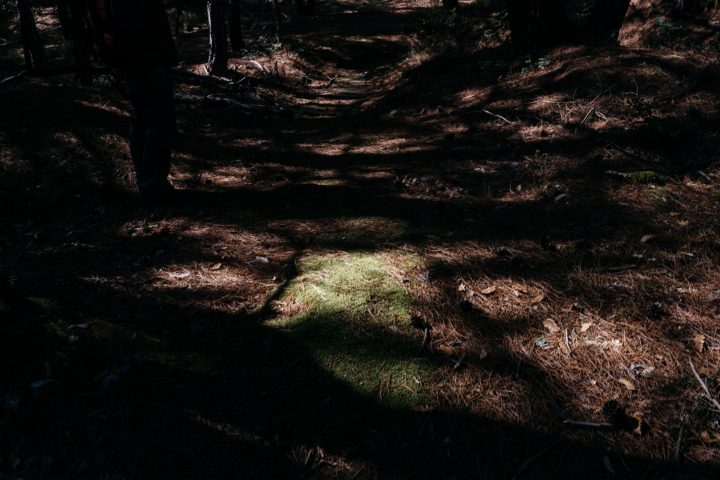 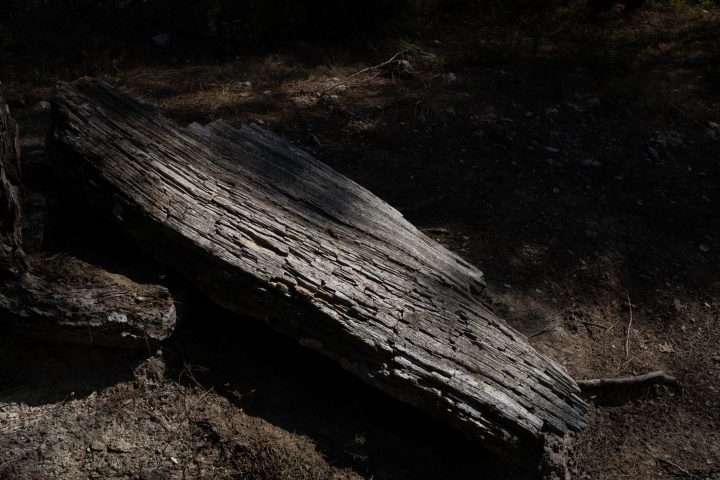 THE FOSSIL FOREST OF LEKFIMI

Volcanic activity is known to be due to the sinking of an African lithospheric plaque under the Eurasian plaque, which is now in the area south of Crete, in the eastern Mediterranean.

However, geotectonic evolution in the Aegean is not only the result of the sinking of the African lithospheric plate under the European, but a multifaceted movement affected by the movement of other smaller pieces of the earth’s crust, such as the Arabic micro-plate.

The current geological situation in the Aegean differs, of course, significantly from the situation that prevailed during Hokkaido – Oligokaino, 35 to 45 million years ago. Then the position of convergence of the Eurasian and African lithospheric plates was in the Cyclades. This conflict created the high-pressure metamorphosis of the rocks and the manifestation of volcanism in the area of Rodopi and Evros.

Especially in the wider region of Evros interesting fossil concentrations have been found, while the area of Lefkimis is considered one of the richest places in a number of finds. Until now, petrified leaves of cinnamon have been discovered. Palm trees, oak with the main appearance of Eotrigonobalanusfurcinervis, the oldest kind of oak in the European area. Besides these in the wider area, a number of marine molluscs, ammonia, fish and shark teeth have also been discovered.

The creation of the fossil forest is directly related to the volcanic activity of the wider region of Evros, where there were active volcanoes. Thus, during a period of intense activity, lavas, pyroclastic materials, volcanic ash, which covered the rich subtropical vegetation of the area, were thrown out of the volcano crater. Simultaneously with the volcanic action, solutions rich in dissolved SiO2 (SiO2) were created hot and thus a strong hydrothermal circulation started. The latter penetrated and impregnated the volcanic rocks, in which the tree trunks were already found, and so began the process of fossilization, that is, the replacement of molecule to molecule, of organic material from inorganic materials of the environment. The result of this process is the creation of the fossils. During the fossilization, which in the case of the petrified forest is perfect, the macroscopic morphological features of the tree trunks, e.g. growth rings, bark impressions, etc. as well as the internal structure of the petrified wood, from the microscopic study of which the genus or type of the petrified trunk is determined.

The Evros Petrified Forest is considered to be a unique and unprecedented geological monument by scientists from Greece and abroad, gathering rare scientific data. According to recent scientific data, it is the oldest fossil forest in the country, dating back to 35 million years, with rare fossil recordings of the Hokkaido, which add new scientific data to the geostrategic evolution of the plants of the past. The emergence of this old-world flora for the first time in the region, that is to say a southern point of the Balkans, is of particular interest for the whole of Europe. The uniqueness of the Petrified Forest is characterized by a rare palm faeces of the Spermatphy, Gymnosperm, and Angiosperm trees.

To date, many genres and species have been found to characterize the paleoenvironment and the climate of the wider region. The most important genera and species that characterize the subtropical zone and are characteristic of the age of 30 million years are: ferns and Rumohrarecentior species with a unique appearance in the European area. Fingers indicate swampy environments.

Gymnosperm conifers such as Pinus, Calocedrus, Seguoia, Taxodium and others.

Angiosperm monocotyledons, such as palm trees (SabalMajor, Sabalraphifolia, angiosperm Dicotyledon, such as ancestral form Eotricobalanus, Alnus Fagus Daphnia, mainly leaves of cinnamon (Daphnogene), ancestral form of Vine, an important finding for Greece Ampelopsis), Maple (Acer) as well as many other species that constitute the subtropical flora that was being poured into the wider region of Evros 30 years ago.